I have captured this photograph of my friend, the journalist & TV presenter Mirna Mounzer after re-arranging spun chairs on the golden spiral (AKA Fibonacci spiral) to create an eye track through the repetition of this object, in addition to the vertical lines towards the vanishing point as a secondary eye track (bottom to top).

The chairs texture is somehow similar to the shell’s, the Greek & Roman goddess of love, beauty, desire and fertility, Venus, on her birth she emerged from a shell, this has reminded me of great classic artworks and paintings such as the Birth of Venus by the Italian artist Sandro Botticelli. This story was introduced by many other artists with some common features such as the gaze of Venus towards her lower right-hand side instead of looking towards us, to show us her left side of the face (the heart side) with a shy gaze to the logic side (right), hence, I asked Mirna to look to the same point while she is sitting on a chair like a shell, surrounded by other ones like the angels and gods around Venus as per the mythology.
(Later, Mirna’s Gaze will create an eye track toward the primary text in a graphic design work)
Like many photographers, I’ve taken various shots from different angles and levels, but upon selection & editing stage, I decided to break the horizon and cemetery, as well as add haze in the foreground to introduce a kind of mythical illusive feeling.
(I used Photoshop to eliminate the distraction & get the minimal scene to add text later on) 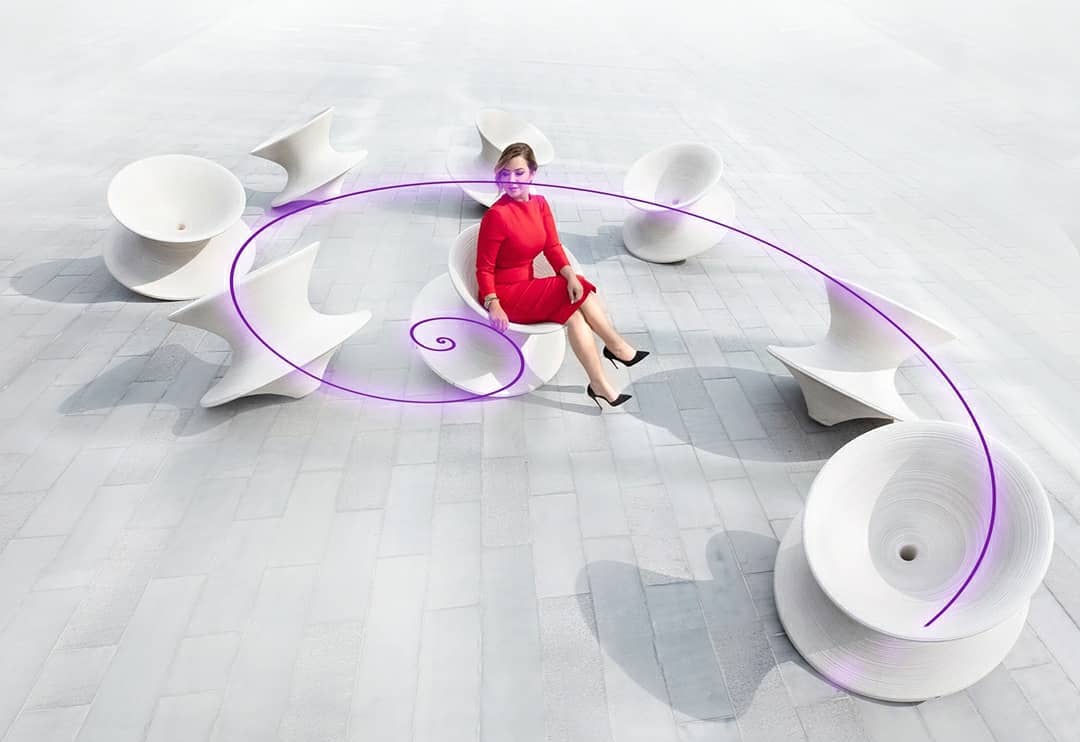 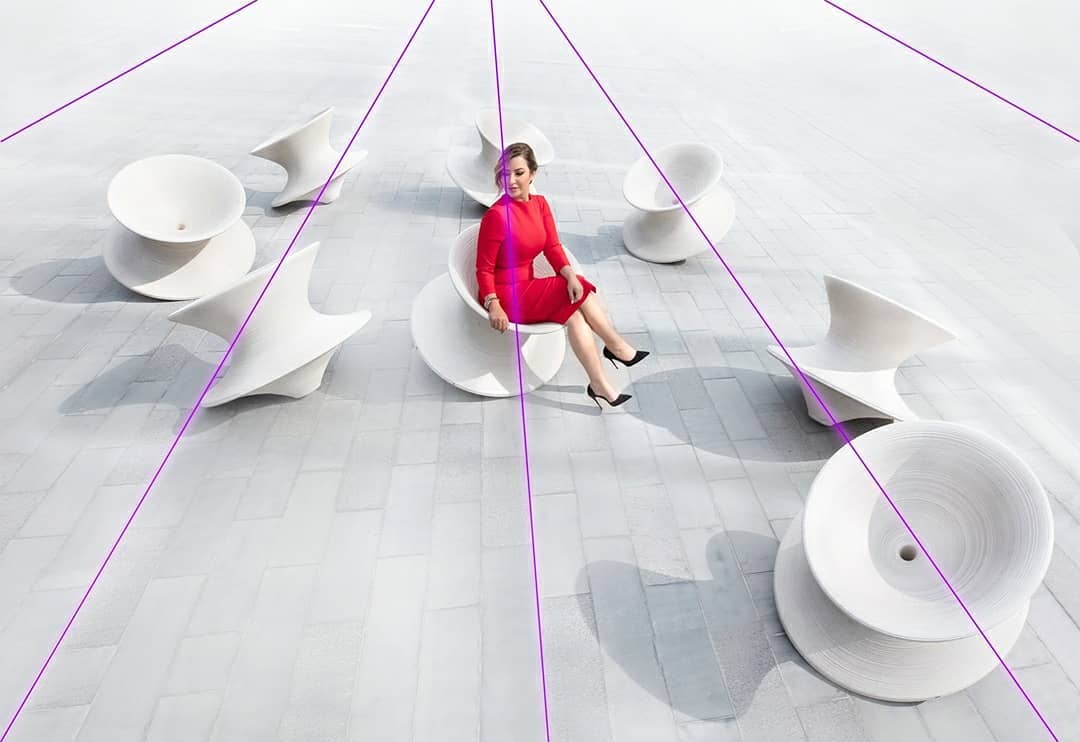 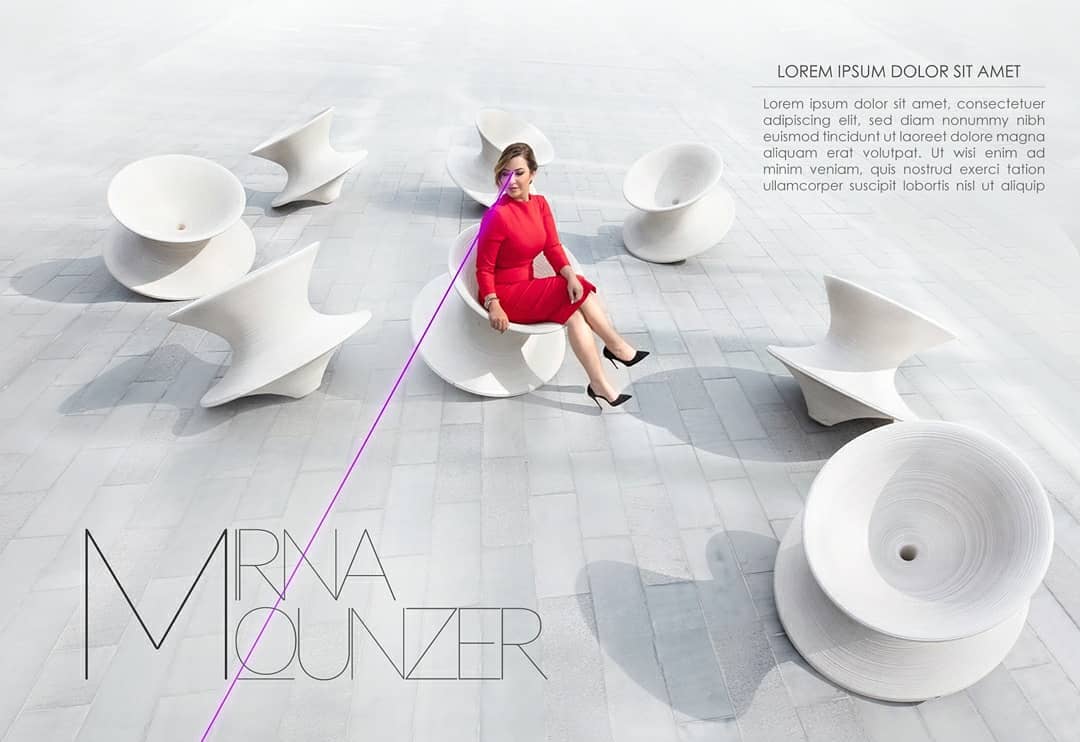 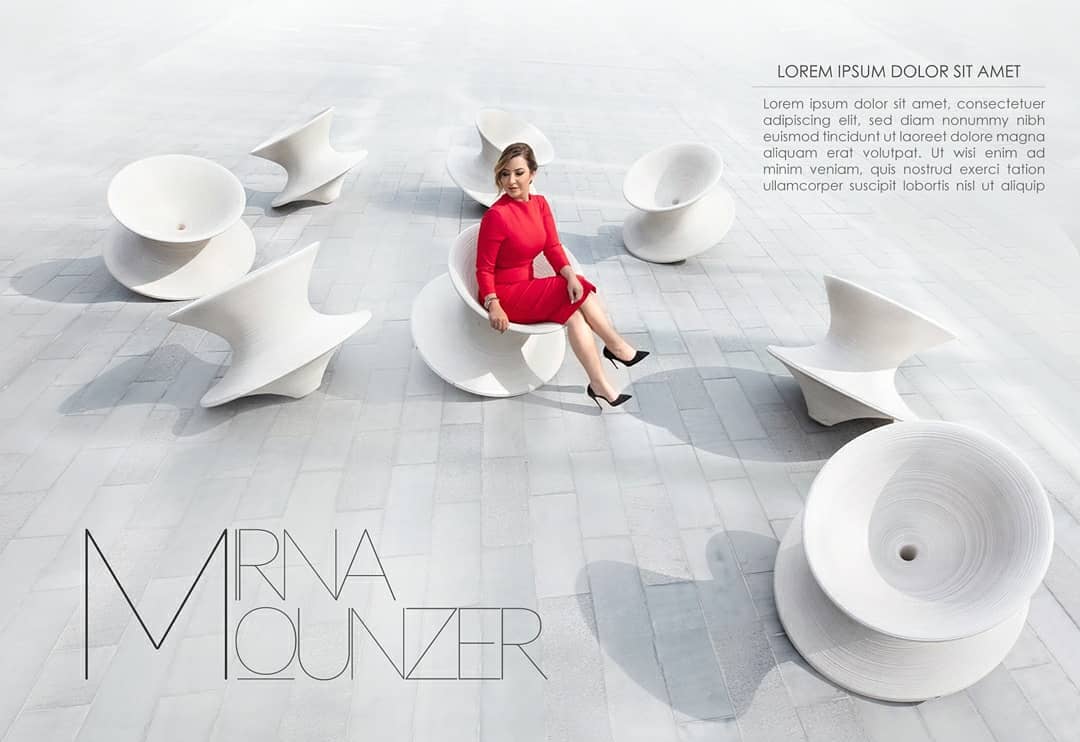 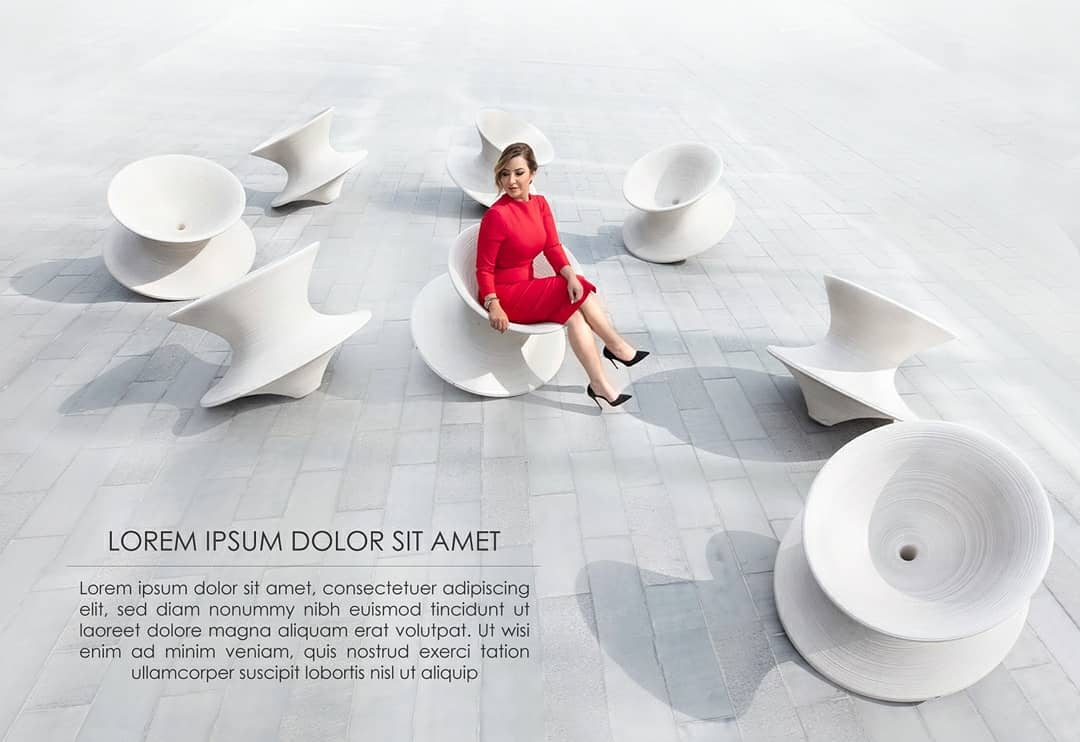 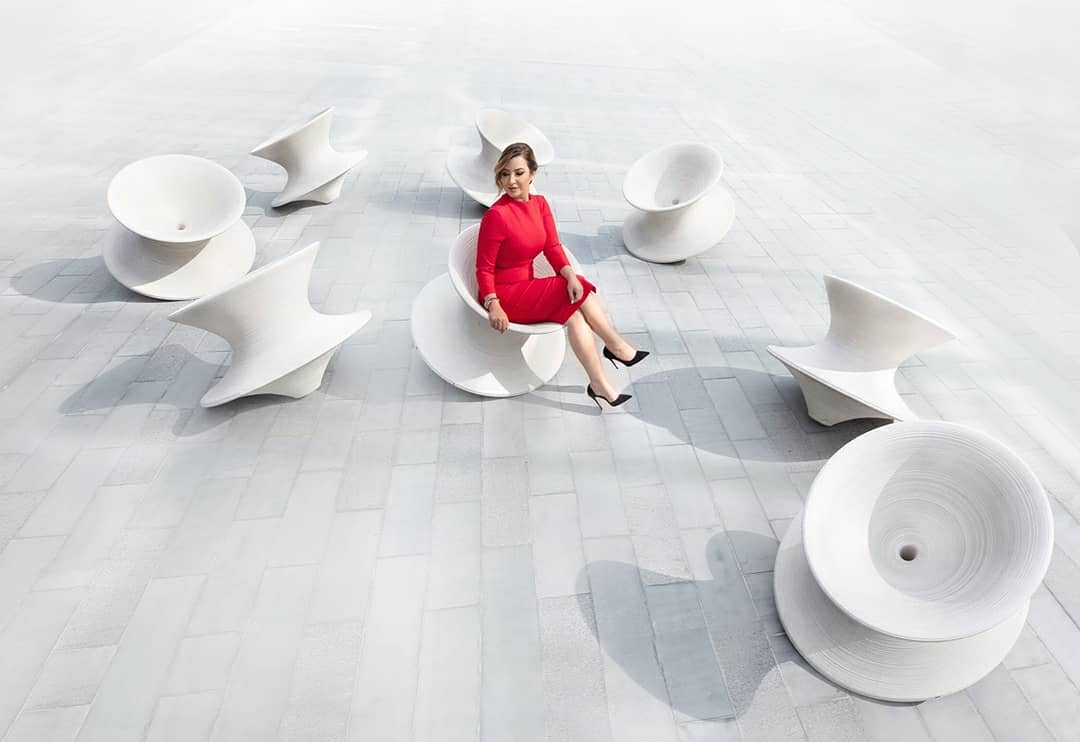